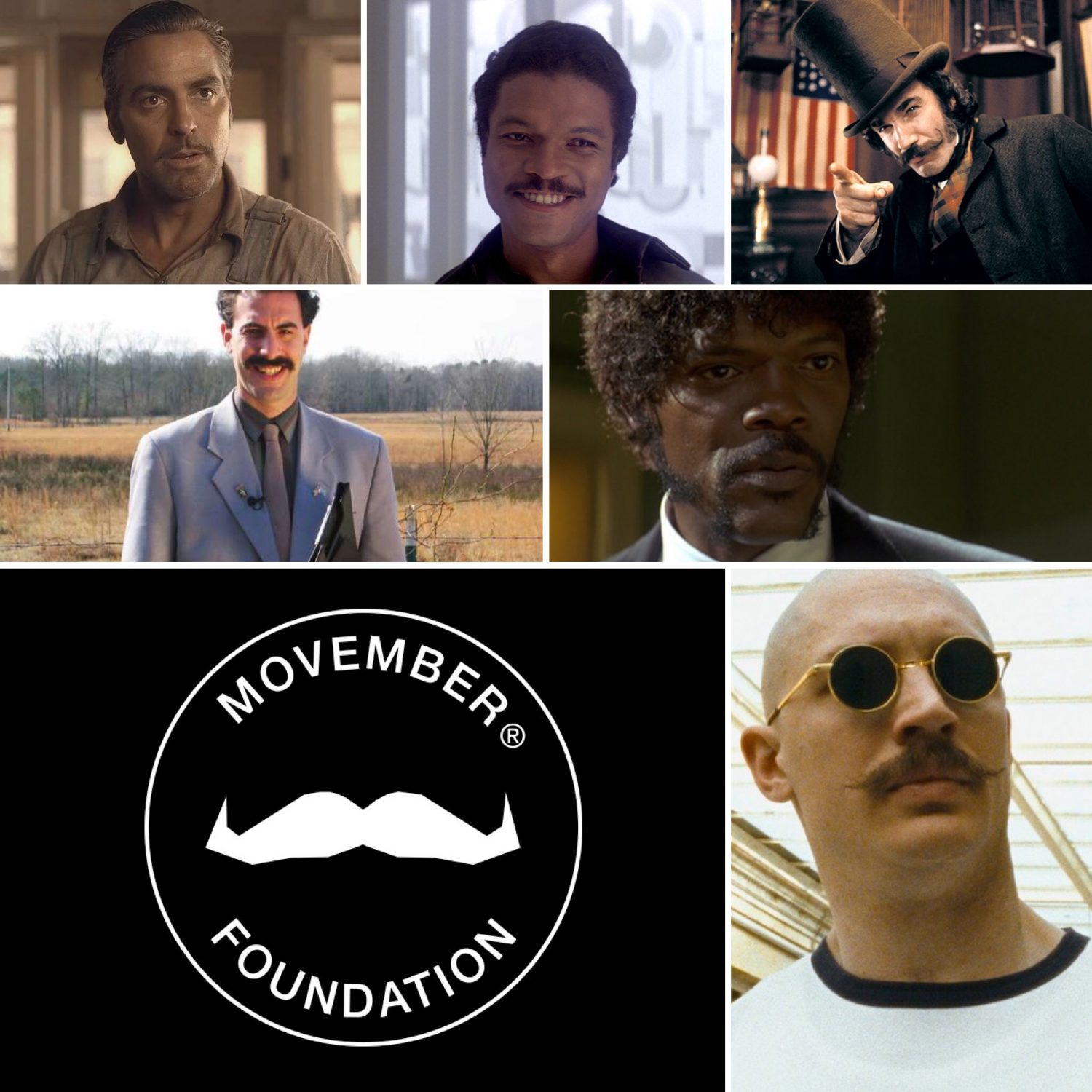 Here’s our first 10 days, just in case you missed them…

Although this movie hasn’t got the best rating in the world, it’s a pretty easy watch. There are a few parts that are guaranteed to give you a few chuckles, whilst watching Jack Black sport a not so great Mexican accent.

“‘Nacho Libre’ would play on Nickelodeon when I was a kid, and I quite liked it then. The last time I saw it was just recently, when I jokingly watched it with a friend and found it to be surprisingly enjoyable.” – Matthew Hoobin Who doesn’t love a childhood classic? Peter Pan is watched by most children and Hook really shows you what happened when Peter Pan grew up. When you watch this movie as an adult, you find yourself thinking back to the original story, with the Lost Boys and Tinker Bell. All in all this is a great movie and Dustin Hoffman plays Captain Hook perfectly.

“Dustin Hoffman as Hook was so good, and the exchanges between Hook and Smee are some of my favorite in any movies. I still joke and say apostrophe instead of epiphany.” – Erika

Day 3: Peter Sellers in The Return Of The Pink Panther

Peter Sellers is Inspector Closeau in this comedy hit and he plays this role brilliantly. With a rating of 7.5 on Smashbomb we’d say this is a pretty good movie, although we can’t make a full judgment until we have seen some more reviews! Tom Hardy is a much loved actor, with so many movies under his belt and so many characters played brilliantly! He plays Charles Bronson in this crime drama that is based on the true story of Charles Bronson, a brutal, British convicted felon. This movie is not for the faint hearted with some extremely violent scenes and very bad language, but if you have the guts then our users would recommend.

“I think Bronson is a fantastic view into a severely fractured psyche. It is a disturbing and intense watch, so it may not be for everyone, especially if aggressive violence bothers you, but I think it is a masterful film, with one of the greatest lead performances I have ever seen.” – Daniel Boyd This is a classic movie, that traces out the birth of America through a more brutal point of view. Daniel Day Lewis plays William Cutting, a powerful anti-immigrant gang leader. This performance landed Lewis with a BAFTA award and is one of the most remembered performances by Lewis, although he has so many. Day 6: Billy Dee Williams in The Empire Strikes Back

Billy Dee Williams starred as the charming Lando Calrissian in The Empire Strikes Back and Return Of The Jedi, and is best known for this role, but has played so many characters over the years. Williams will reprise the role again in the untitled Star Wars: Episode IX, hopefully we will get to see that moustache again!

“Each actor delivers a good performance as iconic characters, including Luke, Han, Leia, and Darth Vader, along with the first cinematic appearances of Yoda, Boba Fett, and Lando Calrissian.” – Matthew Hoobin Borat was the movie that brought Sacha Baron Cohen into the American market, where he has flourished, but some of our users aren’t so keen on this performance. Yet this movie is still funny and Cohen plays the part so well.

“A very funny film showing the cultural divide between the two countries. Some of it is a bit gross, in poor taste but mainly just plain silly. It can be a bit hit and miss at times.” – Dean

Tweet us and tell us what you think about Borat! Day 8: George Clooney in O Brother, Where Art Thou?

George Clooney can do just about anything, and in this movie he plays a smooth talking criminal that escapes his hard-labor sentence in Mississippi. George Clooney sports a brilliant moustache throughout.

Rated 7.7 on Smashbomb, we’d say that this movie is pretty good. What would do you think?

“An epic rambling cinematic adventure and a gem that is filled with humor and amazing moments… my favourite Coen brothers film.” – The Marinated Meeple

Vote Pedro! Napoleon Dynamite is a comedy that most people have watched at some point in their lives, even if they don’t completely remember it.  Filled with laughs, chuckles, and even some sad moments. Ruell stars as Napoleons older brother, Kip, who is the embodiment of the warning high schoolers get when they don’t work hard enough; an unemployed 32 year old that still lives with a family member.

Even though Kip isn’t exactly a role model, he does have a brilliant moustache!

“My hubby and I belly laugh all the way through. The dorkiness of the characters is unparalleled and I love Napoleon’s anger at everything.” – MissCagey Let’s have a little vote, who loves Samuel L Jackson and who doesn’t? Tweet us if you love him and leave us a comment on Facebook if you’re not so keen!

Jackson has so many movies under his belt and so many memes have been made from his catch phrases (if you want to see a good video, check out the comments on our day 10 tweet on Twitter). With so many movies to choose from, we thought we’d go for one that most people have watched and if you haven’t watched it yet then you should!

“We see death, love, desception, greed and plain old murder in this high speed movie. If you miss one part of any story then you will be truly lost like with almost many Tarantino movies plot and story is everything.” – Mark Halpern

Well, you’re now caught up with our first 10 days of Movember! Make sure you check out our Twitter and Facebook pages daily to stay up to date with Movember. Smashbomb is Alive. Long Live Smashbomb
Fantastic Board Games For A Friday Night…
An Introduction To Kudos Points (KP)
The Smashbomb iOS and Android Apps Are A Go-Go!
ShareTweet